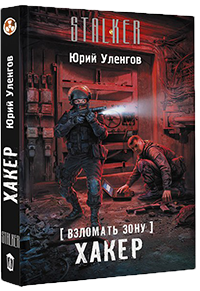 ulengov information about the seller and his items
offlineAsk a question

Soft - a professional hacker with a dark past and uncertain future. In pursuit of thrills and easy money, he gets involved in a dubious venture, after which begins the hunt for him. As a result, a daring burglary in his hands is not only money, according to a hacker. The program code stored on the flash drive, the key to the hidden possibilities that will change the world.
Fleeing persecution, he fled to the Zone, not knowing that was one of the pawns in the Great Game is still there, behind the perimeter. And in Zone game continues. To hunt for him all - the bandits, groups and mercenaries. Now, he needs not just to survive, and to have time to deal with pursuers, until they got to him. Software will visit the places where you do not ever get to even the most cunning stalkers, to solve the riddle of the mysterious "suggestor" and apply their skills, where to find a use for them at first sight impossible.